With COVID-19 diagnostics, “stringent regulatory authorities” are anything but stringent. Opportunistic companies (and DJs) profit, while poorer countries are hoodwinked. 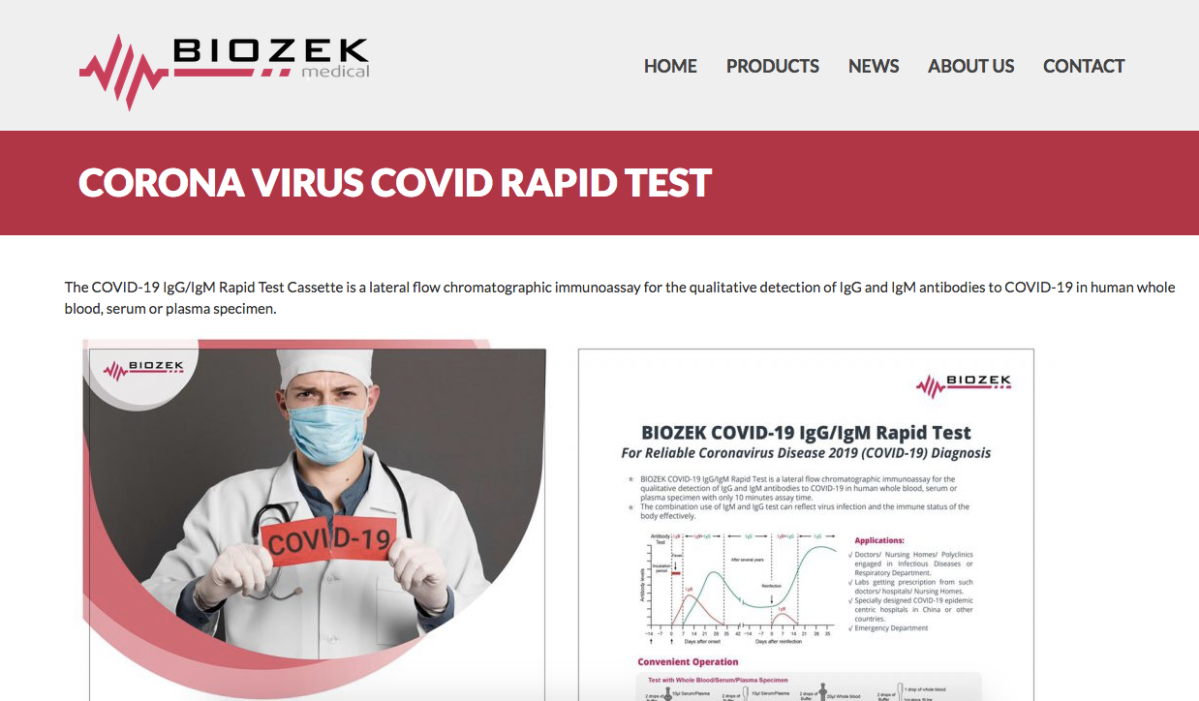 School children are not generally allowed to grade their own homework, for fear that they’d give themselves a 10 for work that really only rates a 4. In the US and Europe, however, makers of COVID test kits can give themselves any grades they like: tests are being waived through on a self-certified basis.

That’s obviously potentially dangerous for patients, because sometimes the tests aren’t really up to scratch. A case in point is the rapid antibody tests made by Chinese company Hangzhou Alltest Biotech Co Ltd. While they claim that the tests are 92.9% accurate for early-developing markers, and 98.6% for later antibody markers, a careful validation in a clinical setting in Spain (yet to be peer reviewed), showed that the test was very good at spotting uninfected people – it gave no false positive results. But it was only able to correctly identify infected people around 47% of the time two weeks after onset of symptoms, though the proportion did climb further after about a month. And there’s no information at all about how the test performed among people who never had symptomatic infection – the very people we’d need to identify if we were testing to selectively release people with some immunity from lockdown. Oxford University, which tried to validate the Hangzhou Alltest test kits among others, said that none of the rapid diagnostic kits they tested was good enough to use widely. No surprise, then, that both Spain and the UK sent back test kits they had bought from Hangzhou Alltest and other Chinese manufacturers.

Find it hard to believe that companies get to just self-declare the accuracy of their tests? Actually, it’s worse than that. European and American distributors can buy tests made by other companies in other countries — China, say, or India — rebrand them to look like they were made in Europe or the US, and then send them through the system based on declarations about effectiveness made by the original manufacturers, even giving themselves the coveted “CE” mark of quality, without anyone ever checking whether the tests work or not. Some do this enthusiastically, because they know that masking the product’s origins — and making it look like it comes from a country with a strong regulator — works really well as a marketing ploy, both at home and in export markets.

A particularly enthusiastic rebrander is Dutch company Inzek International Trading, which sells tests under the brand Biozek. Its website declares “Biozek medical is a Netherlands based manufacturer with wide ranges of IVD products…” What it does not say is “…which we buy from Chinese companies, rebrand, and re-sell to other countries, encouraging them to believe that these products have been validated by European regulators”. But, as this great piece of investigative journalism from OCCRP reveals , that’s exactly what they do.

The trick works brilliantly. Biozek is reported to have sold 1.5 million COVID-19 test kits to over 20 countries. These include Indonesia, where state-owned pharmacy giant Kimia Farma has bought 300,000 repackaged Hangzhou Alltest kits. In the Indonesian media, Biozek staff and their local distributors were absolutely brazen in puffing out smoke and flashing mirrors to create an illusion of “European-made” quality. In a press release, Biozek’s Mustafa Hamid lied said “The test was developed and produced under the regulations of the EU and the Netherlands, which are very tight.” Meanwhile, the distributor in Indonesia, Erro Verschoor of MACH-E, had the gall to accuse other manufacturers of taking advantage of the current crisis. “We’ve seen many tests, even certified ones, go to market and then fail to meet regulated standards. In the end those products get sent back, or their use is prohibited in Europe. We’ve noticed that many governments and organisations don’t want to take the risk, so in the end they decide to collaborate with us to buy our test kits.”

In my school days, that would have been referred to as “bare-faced cheek”, though these days my choice of words might be stronger. Not least because it does seem that Biozek went to considerable lengths create the illusion that the tests they were selling to Indonesia were European made. According to OCCRP:

Andi Prazos, a director at Indonesia’s Kimia Farma, said the state company had been convinced the tests were Dutch made. Kimia staff were even given a tour of Inzek’s production facility in the Netherlands before placing their order, he said.

Other savvy marketers have been playing the same game on a smaller scale. According to the UK’s Sun newspaper (not one I regularly quote, I admit) London-based DJ Enay has been pimping Biozek products through social media channels, using the fantasy European badge of quality.

I leave you with the Sun’s screenshot of the DJ’s promotional Snapchat, and the deliciously ironic possibility that the low accuracy “mentioned by the Spanish government” actually refers to the very kits that he is flogging.